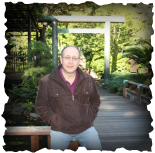 Steve has been writing about travel since 1995 and in articles, blogs and press releases he covers various travel interests and provides great insight into destinations, travel trends, travel scams, and the joys of travel.  This page includes past blogs . More recent experiences may be found here.

Sunday in Havana with Steve 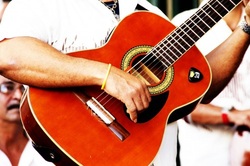 Music at the Beer Tavern in Plaza Vieja
Our third trip to Cuba was an opportunity to do exactly what we wanted to do, on our own time.   As most of the charters fly directory to the resorts, we chose a Sunwing flight into Varadaro Airport and then we made our way to the Iberostar Parque Central in Havana.  The 2 ½ hour bus trip was broken up with a short break at a highway rest stop in Jibacoa where you can enjoy one of the creamiest Pina Colada’s you will get anywhere in the country.  It just sets you in the right holiday ‘let’s start to relax’ mood!
The Iberostar is in a great location, down the street from the historic Hotel Inglaterra and  the Capitol Building, and literally right around the corner from the Palacio de Bellas Artes and Obispo Street --which is the main pedestrian thoroughfare the runs from the El Floridita Bar (Hemingway’s famous Daquiri hangout) to the Plaza d’Armas.

Our first few days were spent wandering the back streets, taking photos, re-acquainting ourselves with the Brewery Restaurant in Plaza Vieja, where the outdoor seating, the live Cuban music, the crowds and the friendly waiters add up to a great experience in the Havana sunshine.

But Sunday was the day we had set aside and actually made plans and, with a touch of serendipity here and there (it’s amazing what two finger puppets can get you), it turned out to be a very enjoyable day.

We walked down Obispo Street and one of the few shops open at 9:00 am was a book store/poster shop.  Many stores showcase posters of the 53rd anniversary of the Cuban Revolution featuring a picture of the aging Fidel Castro, but no one seemed to want to give one away or even sell a poster.  This bookstore had a large selection of posters for collectors, some dating back to the 1960’s and sure enough, they had a 53rd Anniversary poster.  As a student of history I bought one and while I’m still not quite sure where to display it, the poster is at least now part of the Gillick Archives!

Continuing on Obispo, we stopped at the bakery by the hotel Ambus Mundos (another Hemingway hangout) for some treats, and then headed to the Malecon for the 45 minute walk to Callejon de Hamel.

The Malecon refers to the sidewalk/seawall/roadway that stretches along the coast of Havana.  On this day the waters were rough and crashed against the wall as well as onto the sidewalk in various places—but allowed for a lot of dramatic photos.   Many of the crumbling buildings we saw a few years ago along the Malecon have been torn down with some more modern apartments and hotels taking their place, but it is still a fairly quiet deserted area, especially on a Sunday morning.   We passed lots of fisherman standing by or sitting on the seawall as we walked in the direction of the Hotel Nacional off in the distance.

But the plan was to take a left turn before the Nacional to find Callejon de Hamel.  We had been there before, but had read that on Sunday’s there was music and rumba dancing.  The alley (callejon) is relatively short but full of colours and artistic interpretations of the Afro-Caribbean religion, Santeria.  Salvador Gonzalez Escalona, the Camaguey-born artist painted many of the colourful murals in the 1990s, but there are also street sculptures, bathtubs featuring scenes from Saint Exupery’s Le Petite Prince. Art galleries, refreshment stands and a very small centre stage area.

The crowd started to gather by around 11:30 am and we tried to secure a good spot for taking photos.  There were some children in the area so naturally we brought out the finger puppet toys to the delight of both the kids and their parents.  One boy was so thrilled that we gave him second puppet and that led to an invitation to sit inside the chained off tourist area to have a front row seat for the festivities.

At exactly 12:00 noon, the crowd was greeted in English and Spanish (“...and welcome to our frennemies from the United States…ha ha ha “).  Then the drummers started, the singers joined in, and for the next hour the rhythms, the dancing, the music, the interaction between the performers, the smiles, the intensity and the devotion to tradition, all took over to mesmerize and involve everyone in the celebration of the Santeria culture and religion.

With photos galore and even a few new friends, we walked back to downtown Havana through side streets, past the 1950’s cars for which Havana is famous, past brightly coloured and sadly dilapidated buildings, and through parts of the city where tourists don’t normally stroll.  But in Havana there are salutations from people everywhere, and safety was never a concern.

We finished the day with a visit to the book stalls by Plaza D’Armas, a peak at the outdoor art market and craft market near in Central Park and then a snack of dark beer and tiny fried fish back in Plaza Vieja.

We left Havana the next day to explore other areas of the island. Due to our own time limitations, we could not return to Santiago or Trinidad this time, but were happy to have spent time in Havana.  It is such a unique city and for those looking for a combination of history, culture, exploration and photography, then this is a must for any Cuba itinerary.