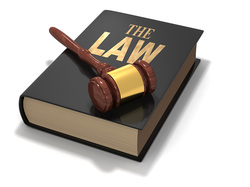 Some recent travels down south blasted some travel myths to pieces as well as confirmed that travel scamming is still an active industry. Near and south of the equator, where the weather is hot and Canadians flock, travel scams are in high gear.

Airport Exchange Rate: A good rule of thumb is to exchange money at the arrival airport. The exchange rates are generally very good, the currency you receive is legal, and you can avoid the hassle of trying to change money or travellers’ cheques at hotels or banks during your holiday.

BUT this is not always the case. At a recent experience on arrival at one South American airport, the exchange booth just outside of immigration actually offered one of the worst exchange rates in the country. Where the Canadian dollar was valued at 25% of the peso (100 pesos = $25.00 dollars), the exchange being offered was only 16% on the peso.

Therefore the rule of thumb would be that travellers need to be acutely aware of the exchange rate and if they are in dire straits to change money—and the rate is unfavourable—then only exchange what you need (for the taxi) and then deal with the situation at the hotel or a city bank or an ATM.

Just a note on ATMs: Travellers should be aware that ATM machines are a great convenience when travelling abroad but

Counterfeit Scam: The second part of the rule of thumb is that in general, the money you receive at the airport exchange is ‘safe’. That is to say, it is legal. Again, this myth was shattered as I received a number of counterfeit bills- mixed in with regular bills- at the very same South American airport exchange booth. The counterfeit bills show a poorly drawn watermark of the person featured on the respective bill, while the legitimate bills show a clear watermark. Not something everyone would know on arrival at a destination. And to top it off, after the bills are handed to the client, the clerk hands out a flyer on how to recognize illegal currency!

So now the new and improved rule of thumb is to research foreign currency on the internet, find out how to distinguish legitimate from counterfeit bills, and then when you do exchange money, check every single bill—in front of the clerk at the exchange booth. Despite the long line ups at some exchange booths and the snide comments from others in line that you are taking too long, it is essential that you do this check to avoid problems later on.

The advice is not to even move to the side to do this, lest the clerk accuse you of switching bills. You must do it right in front of the clerk as you count out the bills you have received and hold them up to the light to see the watermark. A tip-off that something may be problematic is when you are handed large bills and you ask for smaller currency and the clerk claims not to have any. Chances are they are concerned that you will hand back the illegal bills and they will have to give them to someone else—who may easily detect them. As it was in our case, a taxi driver refused one of the bills and then later that day I asked the hotel why he did this and they put the bill through a detector to confirm that it was counterfeit.

Could the taxi driver have switched a legit bill for an illegal one? Yes—and that is a scam in itself (see below)—but in this case I held on to the bill as driver looked at it—so no switching took place.

The Taxi Switch: In some countries, the tourism organizations actually warn you about scams perpetrated by taxi drivers. If you are unfamiliar with the currency of the country, it is quite easy to mistake one bill for another. The scam takes place when the customer hands the driver a 20 dollar (or peso) note and within a split second, the driver displays a 2 dollar (or peso) note and says that the client made a mistake. If you are not paying attention, you as the customer will fall for this. All the driver did was prepare in advance for the switch and when you handed him the ‘20’ he dropped it and showed you the “2” he already had in his hand. So you end up paying much more for the ride.

The solutions?
How you react to this or any scam really depends on the situation and of course at no time do you want to put yourself in any danger. Some scams are unavoidable. Sometimes you have to take a loss. Scam artists are career professionals. As always, fore-warned is fore-armed.