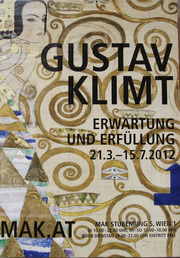 The term “emotionomics” is usually associated with consumer brand chemistry and the leveraging of emotions to inspire buying decisions.  An example from the travel world, may be a dead-of-winter marketing campaign that, in split-screen fashion, shows a gaggle of people bundled up and slogging through a slushy snow storm.  The other screen depicts a bathing-suit-clad couple, laughing and lounging on a sandy beach, with the condensation of their tropical drink rolling down the glass, and not another soul in sight.
Your emotions take over and dictate that one way or another, you are going to be that couple and escape this winter nightmare. Your emotions, resonating with the impact of the message, will most likely sway you to book with the tour operator sponsoring the campaign.

Travel emotionomics dictate so many things we do or end up doing on holiday; some of which we didn’t even know why we were doing.  My recent visit to Vienna was a prime example of this pleasant and engaging subliminal manipulation.

In 1962 Disney came out with the movie “Almost Angels” in which the typical Disney plot had a young boy set on joining the Vienna Boys Choir despite the objections of his tough-love,  working-class father.  In the end the boy joins the choir, the father is proud of his son and the singing of the choir boys wafts through the final movie credits.

In 1963 Disney came out with the movie “Miracle of the White Stallions” that featured the dancing, jumping, pronking and dressage associated with the Lipizzaner Stallions at the Spanish Riding School in Vienna’s Hofburg Palace.  As an impressionable kid who saw all the new movies with family or friends, I somehow locked the mystique of this place called Vienna into my emerging travel-life-investment list, but it took until 2012 for me to discover the wonderful experience of actually exploring Vienna.

Vienna Artistry
Emotionomics were heavily at play during my Viennese adventure.  As I thumbed through the Museums Guide, I quickly honed in on the Globe Museum.  While some of you may yawn at the excitement of looking at globes, others who love ancient maps and geography and whose clients get truly excited about having a miniature ’world’ on their desk to inspire dreams of travel, would place this kind of museum in the category of ‘pilgrimage’ material.  I happen to be one of those, and wandering through displays of original globes dating to the 16th century was truly an unexpected and educational delight.  Who knew I loved globes so much?

But there were other forms of artistry waiting to be discovered in Vienna.

I was not totally aware of Hundertwasser’s amazing background in relation to the Holocaust or to Japan or to world conservation and human sustainability in a modern concrete, crowded society.  But, I discovered his architectural triumphs which include an apartment block, a water tower, a village and more, and that the breadth of his work warranted a self-designed museum where his amazing collection of creative art is featured.  Our morning, getting to know Hundertwasser, was an awe-filled eye-opener.

But there was more.
On arrival day, the Austrian Tourism Board provided us with maps, brochures, and a tour guide as an introduction to Vienna.  Alexa was amazing; one of those rare tour guides who really knows the material, has a passion for the city, is herself very personable and –especially to my liking, she believes in walking the city as the only true way to capture the vibe of people, traffic, streets, buildings, museums, restaurants etc.  So with running shoes doubly tied to prevent the dreaded ‘loose shoe-lace delays”, we walked, we learned, we awed, we ate and we reflected.

One of the first stops was the post office designed by the Viennese master architect, Otto Wagner whose use of the ‘new’ material, aluminum, helped to consolidate his reputation in the city.  From there it was a peek at the Museum of Applied Arts (or MAK) with its remarkable collections of glass, architectural models, historic chair designs (who knew that I loved chairs?), and a display on the art of Gustav Klimt, who is revered as one of the founders of 20th century Viennese artistry.

Afterward, we visited the Secession Building, which was the ‘home’ of a group of forward thinking artists who, like the contemporary French Impressionist painters, wanted to explore art beyond the confines of what was traditionally accepted.  These artists included Klimt, Kolomon Moser, Joseph Hoffman and Egon Schiele, affectionately known as the James Dean of Austrian Expressionism.  Schiele’s art can be found in a number of museums, but particularly The Leopold, in the Museum Quarter where the artist’s angst about family, life, poverty and the future, hold a mesmerizing grip on his admirers.

And the artistry of Vienna seems to be endless, from the grandeur of the Schonbrunn Palace where the Habsburgs (notably Maria Theresa and the Emperor Franz Joseph) resided over the years, to the even more amazing Belvedere, the home of Prince Eugene of Savoy; and from the Museum of Art History at the Hofburg Palace (Rubens, Rembrandt, Vermeer, Breugal, Van Gogh and more) to the Mozart House where the composer resided from 1784 to 1787; from the soaring spires of St. Stephen’s Cathedral, to the Rathaus, Vienna’s historic town hall. And of course the MUMOK, the Museum of Modern Art in the Museum Quarter houses works by Warhol, Lichtenstein, Picasso and many others.  Who knew that I was an art maven?

Artistry also includes discovery of the foods and wines of the city; the unbelievably tasty and fresh seafood at Nautilus in the Naschmarkt, scrumptious Asian fusion temptations at ON, savoury grilled foods and fresh salads at the wine tavern, Mayer am Pearrplatz, and all accompanied of course with an enjoyable glass or bottle of Zweigelt or Rotes Haus or Reisling Alsegg. And a Viennese coffee at Café Pruckel is the perfect addition to any day.

My joy in exploring Vienna, based apparently on travel dreams and emotions planted in the early 1960’s, were more than rewarding.  The lesson in travel emotionomics lies in travel professionals providing, either through guide books or online references, or through their own travel adventures, ideas on ‘what else’ clients can do at a destination and allow their own subliminal emotional ties to reconnect with interests they may not have really thought about for many years (art, movies, food, architecture, fountains, statues, markets, chairs, wandering and discovering).

The next time you connect with your client, ask them if they found something special they would like to see or do, and then you can help facilitate this with a suggestion, a guided tour, a brochure from the tourist board or even by booking an event.

Emotionomics may create the chemistry to bind a traveller to a destination or even to a tour operator or an agency; travel artistry is your creative link between the needs of the client and the treasures that the destination holds.

Post Script:  We arrived in the city on the day prior to the last seasonal performance of the famous Vienna Boys Choir and then discovered that the Lipizzaner Stallion show was on hiatus prior to the upcoming tourist season, so we did not see either.   Have to return in the future…want to come with us?