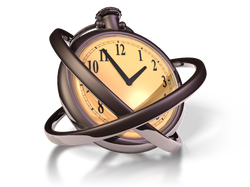 The movie, “If it’s Tuesday, this must be Belgium” appeared on theatre screens in 1969. I know, because I saw it then and based on my own travels in Europe two years earlier, the scenario of a group of disparate travellers travelling on an 18-day, 9-country tour from London to Rome, certainly rang true.
And the joke in the title is, of course, that each country flashes by so quickly as you dash on to the next one, that the only way to keep track of where they are is by comparing the schedule and concluding that “If it’s Tuesday, this must be...”

In the context of 1969 this was a popular way to travel and see the world, and then come home to wow your friends with a series of photos, snapped frenetically whenever the bus slowed down in front of a famous attraction, or at one of the ubiquitous group meal stops.

Flash ahead to 2013 when the word ‘express’ has taken on a whole new context and we seem to be so afraid to waste time, even though, arguably,  many  are not sure what they would do with it in the first place.  We have traditional fast food served even faster at KFC Express and McDonald’s Express and hotels like Holiday Inn Express for those who need a quick check-in and check-out experience.  We get upset when our computer takes more than 10 seconds to upload a programme, and all hell breaks loose if our flight is delayed for any reason whatsoever.  Time just isn’t what it used to be.

We are back in 1969.  I was young(er), the movie was restricted to adults over the age of 18, but somehow I got in to see ‘Easy Rider’. At the beginning of the movie  Peter Fonda and Dennis Hopper score a drug deal and then hide the rolled up hundred dollar bills inside plastic tubing which is stored in the gas tank of Fonda’s  motorcycle.  Then, in a gesture of profound symbolism, Fonda takes off his wristwatch and throws it away.

I did the exact same thing...sort of.

It was 1974.  I was in Luxor, the ancient burial place of the Egyptian Pharaohs.  The Valley of the Kings. The Temple of Karnak.  The timeless resting place of a lost civilization.  As we waited for our ferry to cross the Nile, I noticed that the $2.00 wristwatch that my travelling companion had bought me as a gift (!) at K-Mart had stopped working.  With exaggerated symbolism, with the tombs of the pharaohs as my witness, with the obelisk of Queen Hatshepsut as the historic recorder of my actions,  I threw away my watch and declared I would never wear one again.

I kept my word for about four years until the Swiss Air flight attendant came around with those cute little Swatch watches and well, I just had to have one.  I haven't been without a watch since.

Time is basically whatever the mind conceives time to be. If travellers bring their own pre-conceived version of "time" with them, then they risk falling into the mould of unreasonable expectations. There are countries where the "time" factor translates into a country-wide sense of humour.

In Jamaica the T-shirts sold to tourists say "No Problem", "Don't Worry", "Every little thing is going to be alright".  In Kenya it’s "Hakuna Matata" made famous in the song from The Lion King (but they really do say it in Kenya).  In Hispanic speaking countries and neighbourhoods, it’s mañana, meaning ‘not today’, or ‘ tomorrow’, or ‘relax it will get done eventually so don’t sweat it’.  And then there is the Bedouin concept of time where the thought is that it takes as long to do something...as it takes.  The classic visual anecdote is the Bedouin waiting for a companion to return from a trip and you see him squatting in the sand for days, until the person actually returns.

North Americans are often stereotyped as those who expect things to happen exactly when they are scheduled to happen.  But in many countries, this expectation is simply relegated to the category of aberrant behaviour.

If the tour is scheduled to leave at 11:00 am and the bus shows up at 11:45 am, what's the problem?  You are still going to have a tour.  While this may be frustrating, it should be seen as a challenge to your "travel-ability".  And this is why most tour brochures include a statement about possible last minute amendments to the itinerary and the need to bring a sense of patience and a sense of humour when you pack for your trip.  While everyone is complaining and convincing others in the group to embrace their bitterness and frustration, you can be the one Zen-like model of tranquillity who ‘goes with the flow”.

In these instances, the wise use of your travel time may include writing in your journal, reading the guide book or the novel you brought with you, brushing up on the language, striking  up a conversation with some locals, wandering in the immediate area to take photos, or sitting down at a local café and just watching and listening.

In a package tour scenario, where time is challenged to see and do as much as possible, you can coach your clients on how they can get the most out of the experience.  The first rule is to take things in their stride.  If the bus breaks down, if the meal is late, if one of the passengers is ill and delays the visit to an attraction, there may be nothing that can be done to immediately resolve the matter but everything will eventually be ironed out and your trip will continue.  Tour companies have an amazing system of back-up strategies based on years of experience.  And the global use of the cell phone speeds things up incredibly when it comes to calling for assistance or changing a scheduled appointment.

But tour participants should also remember that although they are part of a group, they are still individuals with their own ‘get-the-most-out-of-this-trip’ agenda.  One of my favourite memories involved a one hour group stop in the town of Gubbio, about half way between Venice and Rome.  Everyone dashed off the bus and made a bee-line for the nearby park to eat their box lunches.  I wandered the medieval streets, took the cable car up the mountain for some breathtaking photos  of the Alps, then found a small antique shop where I bought a two-foot tall suit of armour carrying a trident, on which hung a standard, emblazoned with the ancient coat of arms of the town of Gubbio.   When I returned to the group and showed off my treasure, some actually complained to the guide that she didn’t tell them they could walk around the town.  But you know, it was just a matter of time—and how each group member chose to spend probably their one and only visit to Gubbio.

Time travel need not be the refuge of science fiction writers.  But for neophyte travellers it may be something you can add to your agency’s “Get the Most out of your Travels” pamphlet, and certainly travel agents can add their own anecdotes based on their experience, during the ‘getting to know you’ part of the sales process.

In the song ‘Secret of Life’,  James Taylor wrote...

”Now the thing about time is that time isn't really real...

It's just your point of view, how does it feel for you? ... Einstein said that he could never understand it all

Planets spinning through space, the smile upon your face...Welcome to the human race."