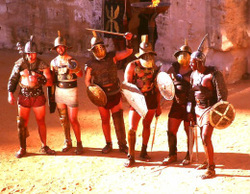 Serendipity is the term used to describe the act of making fortunate discoveries by accident.  It is something that occurs by happenstance or unintentionally, with the result usually being positive and beneficial to the person(s) involved.

A relatively new concept has arisen, that is being called ‘planned’ or ‘forced’ serendipity’.  Of course this is an oxymoron (a figure of speech that combines contradictory terms such as “All alone or, in a more humorous vein, ‘military intelligence’).  So how can you for plan or force serendipity to occur?

Well if you are in the travel industry then you do it all the time—probably without even knowing it.

Every time you surpass your clients’ expectations, you are, in a sense, forcing or manipulating serendipity.

They are not expecting something—you provide the unexpected (i.e. a room or cabin upgrade, a bottle of champagne on arrival etc) and understanding your clients’ needs is a key element to being successful at this. The result can lead to more bookings, word-of-mouth endorsement, more revenue and genuine job satisfaction, not to mention happy clients.

A great example of unplanned serendipity occurred during my visit to El Djem, the amphitheatre in Tunisia that is second in size only to the Coliseum in Rome in terms of seating capacity (35,000 compared to Rome’s 45,000).

When we arrived after a long day of driving, there were signs posted at the entrance indicating that the site was closed to the public due to the shooting of a television commercial.  We ignored the signs, found an alternate entrance and proceeded to the seating area inside the amphitheatre.

Imagine our surprise when we discovered that the TV commercial being filmed, featured authentically garbed battling gladiators, as if we had stepped into a time machine and travelled back to the 3rd century, when the amphitheatre was in its heyday.

We had front row seats to the staged gladiatorial battles, carried on with the gladiatorial tools-of-the-trade:  tridents, swords and casting nets.

During a break in the shooting, we wandered around, and with the cooperation of the actors, staged our own photos of gladiators looking fiercely into the camera!  While Tunisia was full of pleasant surprises just about everywhere we travelled from North to South, the visit to El Djem was one of the more amazing stories we brought home with us.

Travel counsellors don’t really have a say as far as true serendipitous experiences go, but they can actually plan or force serendipity to occur on more occasions that you would expect.

This phenomenon occurs when the travel counsellor is aware of a festival or celebration, informs the traveller about it, books the traveller to attend the event and then watches on the sidelines while the client is blown out of the water by the sheer enjoyment and fascination of the occasion.

An example of ‘forced serendipity’?  In 2000, my travel counsellor suggested that I extend my holiday time by flying from China to Mongolia for the Naadam Festival.  I did my research and knew what to expect of this annual summer celebration of “the three manly arts”, but once I arrived, happenstance took control of the situation.

The excitement of the crowd, the passion of the competitors in the archery, wrestling and horseback riding contests, the rustic countryside and even the amazing Buddhist temples caused my endorphins to go into hyper-drive.  Ten rolls of film later, I was hanging out with the horseback riders, sharing a mug of mare’s milk in a ger (a rounded tent) and revelling in the very idea of me, being in Mongolia.

Another example of ‘forced serendipity’ occurred the first time I visited the Hagoita Ichi at the Asakusa Temple in Tokyo.  The JNTO had suggested that I attend the festival and after a bit of research, I decided to include it on my itinerary, thinking it would be ‘nice to see”.  Little did I know that thousands would be in attendance at the festival and just about every one of them would be crowding the hundreds of stalls selling the Hagoita—decorated wooden bats (they look like bat-a-ball racquets).

The bats come in all sizes and have decorations ranging from famous Kabuki actors, to pop stars (Michael Jackson racquets were selling well), manga (Japanese cartoon characters), and traditional geisha and samurai warriors. But this was only part of the festive chaos.

There were Kabuki-costumed actors posing for photos amongst the stalls.  Hundreds of people crowded around the huge black cauldrons, wafting incense smoke toward themselves as a blessing for the new year.  And there were booths selling all types of Japanese food, from okonomiyaki (pancakes filled with a variety of ingredients) to Takoyaki (octopus balls) to Saka-ika--dried squid that you can keep in your pocket and munch during the day.

Forced serendipity leads to discovery, which we know can be a very enlightening activity. If a travel counsellor can ‘plan’ for a client to happen upon an event, the client feels that the discovery was in part, due to their own fortuitous happenstance and because they believe that they themselves had an active part in the process then the experience is exponentially more rewarding.

Forcing serendipitous events on your clients is a specialty.  There is a segment of the travel population—a niche market-- known as culture-philes: those who thirst , thrive and thrill at the prospect of learning about different cultures but also, actively engaging--getting close and comfortable-- with different cultures.

When you think of it, Canada provides a ripe ground for the growth of culture-philes. We talk about multiculturalism and diversity in our cities but many travel counsellor relegate this idea to the traditional VFR (visiting friends and relatives) segment that they learned about in travel school.

Some savvy travel professionals, however, take it to the next step and promote learning about the very cultures we find in our own city, but doing so by visiting the country in which those cultures thrive.   If you can match up your culture-philes with your specialized skills in ‘forced serendipity”, you have a winning formula for client satisfaction.