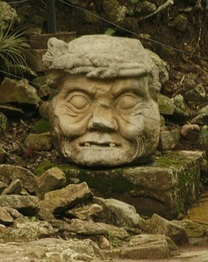 As a camp counsellor many years ago, we played a memory game with the kids, where the leader said 11 different tongue-twisting sentences and the campers in turn, repeated them back.  Number 8 in the exercise described “Eight brass monkeys from the ancient, sacred, secret crypts of Sanakra.”
While I was a part time tour guide during those camp counsellor years, the idea of visiting the sacred crypts of Sanakra fascinated me…until I learned that Sanakra did not exist. But the damage had been done and the idea of the sacred—and secret—when it came to travel, was alluring.

My first sacred travel adventure involved trekking in the Sinai Mountains for seven days, including an ascent of Mount Sinai, the traditional site where Moses received the Ten Commandments. The breathtaking views from the top of the mountain and the historicity of the moment were inspiring.

My second sacred experience involved a trip to Borneo where we lived and learned from the Iban people about their totemic beliefs and the respect toward nature that was engendered in everything they did, from thanking the spirit of the tree for providing shelter, to leaving a small offering of a flower to the spirit of the river for allowing us to cross.

Little did I know at the time that I was not alone in seeking out sacred sites and that sacred tourism was, and is, a major niche market for travellers whether they indulge in package tours, FITs or independent exploration.

The inspiration for this particular article was my recent trip to Central America that included 3 days of scampering around Copan in Honduras.  This was the site of a major Mayan city in the 5th to 9th centuries AD.   During my scampering, I learned quite innocently, that the world would end on December 21st, 2012, so I thought it best to complete my article as expeditiously as possible.

Move over Y2K…Y12 is around the corner!

Remember when we shuddered at the prospect that everything from computers to garage-door openers would stop working at the stroke of midnight on December 31st, 1999? Remember when it didn’t happen? (although my TV remote went on the fritz, it was easily fixed by popping in a new Energizer battery).

Well, December 21st, 2012 is the next scare where the Mayan Long Count, consisting of the past 1,827,000 days (or 5,125.37 years) will end.  That day will be Day Zero and theoretically, a new Long Count will begin.  This could very well signal the end of the world, according to some self-appointed prophets and doomsayers.

There is some solace however provided by Anthony Aveni a professor at Colgate University who writes in this month’s issue of Archaeology, that the Maya in fact arbitrarily chose the year 3114 BC as the beginning of the last Long Count and that this was merely a reflection of their belief in the cyclical nature of creation and life. While the Maya hint that a flood of biblical proportions may be in the works for December 21st, there is little else to indicate what may happen on that day.

Well, other than a boost in sacred tourism!

Aveni notes that tourists will flock to Chichen Itza in Mexico as well as join parties in Copan and Tikal in Honduras to be ‘one’ with the Maya and assumably, take part vicariously in the spiritual and sacred wonder surrounding the end of the Long Count.  Aveni advises that you can read more about this in The Complete Idiot’s Guide to 2012 and you can celebrate the actual event with a T-shirt that says “Shift Happens”.

Let’s just back up a bit and define what Sacred Tourism (also referred to as spiritual tourism. metaphysical tourism and secular pilgrimage tourism) is all about.  Wikipedia, a good enough source of information from time to time, defines “sacred’ as “considered worthy of spiritual respect or devotion; inspiring awe or reverence among believers in a given set of spiritual ideas”.

Therefore Sacred Tourism involves travelling to and visiting what your client considers to be sacred.  But in this context, sacred does not necessarily imply religious zeal or curiosity (and therefore we can consider religious or pilgrimage tourism to be something quite different), as much as it may involve a fascination with so-called primitive, wisdom: magical or supernatural knowledge that once inspired civilizations.  In a sense it is a flirtation with historical consciousness where the participant feels they are linking with a mystical chord of the past.

When the Moon Hits your Eye…

And what are some destinations in which travellers indulge their quest for the sacred?

And of course there are thousands more places on the planet.

But when it comes down to it, the concept of ‘sacred’ is in the eye of the beholder and in this case, the will of the traveller.  And let’s not dismiss the fact that travel itself to some is a personal sacred pilgrimage, meant to be savoured and revered as a calling to understand the world and better appreciate the peoples and cultures that inhabit our planet.  Travel is an opportunity to appreciate the knowledge of civilizations of the past and to better understand their fears, concerns and beliefs.

Many years ago, probably around 1962, my family visited a local provincial park.  In the gift shop they were selling small wooden carvings that looked like miniature Moai statues from Polynesia.  I picked up one with green sparkly eyes, turned it over and saw a carving of a fish.

My father, knowledgeable in all aspects of humanity, immediately declared that it was a Tiki statue representing the god of the water.  Well, I just had to have it as it represented something very mysterious and exotic and it no doubt came from half-way around the world.  Forty-Eight years later I still treasure that Tiki statue.

When I actually visited Easter Island a few years ago, it was, for me, the fulfillment of a quest that started in that provincial park.  To me I had completed a sacred mission.

Believe me…your clients have their own ‘sacred’ fantasies that you as a travel professional can fulfill.

Selling the secrets of Sacred Tourism is a niche market that is especially appealing to Baby Boomers who are seeking new experiences and after many years in the work force, they finally have the means to indulge their sacred secret fantasies.  However it is also a market that Gen X’s will embrace (my parents would never do this so I will) as well as Gen Y’s (let’s explore together and spend lots of money doing it)

The prospect that the end of world will occur in two years time, and the advent of the current holiday season, gives us pause to reflect on who we are, why we are here and how we can and will proceed, succeed and exceed our own career and personal expectations in the years ahead.

When it comes to travel, work with your clients to indulge their quest for knowledge and adventure.  Give them something to savour, enjoy, ponder, reflect, meditate and celebrate.