You Only Live Once...So Get Going! 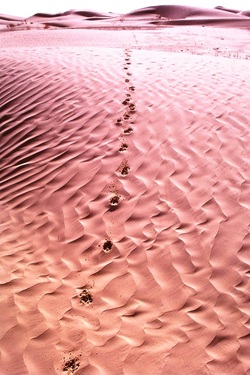 Somehow those words still ring in my head every time I choose to travel to a new destination, or to a country where people raise their eyebrows and ask “You’re going where?”

Those four words were first expressed to me as a lecture on why I was planning a trip to Kenya.

It was the late 1980’s and concerns about health in Africa were rampant.  A travel colleague told me that Kenya was a very dangerous place and that I was risking my health in going there.  He ended by telling me to cancel. “After all, you only live once”.  Ignorance has always played a role in causing people to say and do outlandish things, and this was no exception.  I turned the reasoning around and simple stated, “You’re right...you only live once and this may be my one and only time to visit Kenya, so I am going”.

It wasn’t that I was super-brave or feeling invulnerable.  It was first and foremost a sincere wish to finally visit Kenya and go on safari but also a need to show defiance against what I thought was a very mistaken attitude about the situation in Kenya.

And I think of other similar occasions:  Visiting Sri Lanka after the truce was declared with the Tamil Tigers (we had an amazing time); visiting the Maldives after the Tsunami (we wanted to support tourism in the country and to help them get back on their feet); exploring Bali after the beach bombing at Jimbaran Bay (beach life is as lively now as it was before the bombing); visiting El Salvador with its reputation for violence and crime (we encountered nothing but wonderful attractions and warm friendly people), and in each instance I had at least one person approach me with the “you only live once’ line as a reason to reconsider my plans.  I have to admit that I was emboldened by the challenge of proving these people wrong and to return home with stories, photos and priceless memories.

The reason that I started to think about these “You only live once” scenarios is that I made arrangements about 8 months ago to return to Japan in June 2011 for a visit.  The original plans were to spend some time in Tokyo and then head off to another country for a week, before returning to Japan for a few days and then heading home.  The only change in our plans is that now we have opted to spend all our time in Japan.   And once again I find myself to be the recipient of the “you only live once” line.

And then you have to think of all the people—your clients included—who deny themselves the privilege, the joy and the benefit of travel and discovery due to their ignorance of what is happening in that country.

Pema Chodron the Buddhist teacher wrote that, “the truth you cling to makes you unavailable to hear anything new”.

And when it really comes down to it, who is there to enlighten travellers?

You are, in your enlightened role as a travel counsellor!

While you can’t convince those who can never be convinced, you can read the travel reports and the daily news, consult the suppliers you use in other countries and talk to recently returned travellers, to figure out the situation at a particular destination.  Even this week, there are articles suggesting that the entire country of Japan is being painted as a haven for radioactivity and that travel to Japan should be avoided at all costs.   Then we consult the Foreign Affairs website at www.voyage.gc.ca and discover that there are no travel warnings for Canadians visiting Japan except in those areas close to the Fukushima nuclear plant.

Travellers may wish to assist a country in need, through a charitable donation or by attending a function or downloading music where the proceeds go to the country.  But travellers are also in the unique position to opt to assist a country by actually travelling there.  Whether their travels take them to the afflicted areas or to the ‘safer’ areas, their very willingness to travel, to explore, to spend money and to support the country helps that country recover in both tangible and intangible ways.

So that is why I have every intention of fulfilling my plans to visit Japan, and that’s why I extended my stay in the country.

The next time a client says ‘I was going to visit XYZ but decided not to because…” know that it’s okay for a travel professional to correct any misinformation the client has about the destination.

Who knows, your words may be a great relief to someone whose heart was set on their original travel plans.  The information you provide may be exactly what they wanted someone to confirm to them.  You can be that source of information.  After all, you only live once.