If you wish to be a Writer, Write! 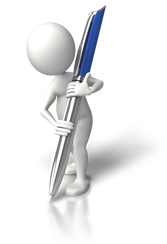 Epictetus, the Greek philosopher, determined that “If you wish to be a writer, write”.  This was a reflection of his firm belief that people are responsible for their own actions, and therefore ‘wanting’ or ‘dreaming’ to do something can only happen if you actually do it!

This does not imply that you have to be born into the role of ‘writer’.  There are many avenues that lead writers to success and in every circumstance, that old adage that ‘practice makes perfect’, comes into play.

When I was 14 years old, I took a five week student trip to Europe.  We travelled by ship to various coastal cities and part of our assignment was to keep a daily diary.  I still have that diary today and can see snippets of a budding travel writer as I attempted to describe the incredibly luxurious Hermitage Museum in Leningrad (now St. Petersburg), or the amazing souk, or marketplace, that we visited in Gibraltar.  And my writing got a bit of a boost when Mr. Sperling, our teacher, asked if I would like to contribute an article to the ship’s newsletter on any topic I chose.  I wrote about what was before me:  A huge ship that grew smaller every day as we became more familiar with where everything was located, and as we discovered short cuts to get to the classroom or the theatre or the dining hall.  And then I used this as an analogy to talk about the cities and countries that we were visiting on the trip.  I wrote about Copenhagen and how on the first day it seemed so confusing and difficult to get around on the bus tour, but when we had some free time on the second day, we found that it was easy to walk from one place to another and in fact, the city had shrunk in size.

My article was published and I read it 40-50 times, thinking that me—Steve Gillick—was a published writer!  And perhaps this was the feeling of travel-writing-euphoria that lay the groundwork for my love of writing.  So when I worked at summer camps, I wrote for the newsletter; when I worked for a tour company, I started a newsletter, and later when I worked for a travel association, I revamped their newsletters and became the writer, editor and publisher.   No matter how busy I was, I would always find time to write—usually on weekends, and many times on my home computer after a long day at the office and into the wee hours of the night.  It became my way of relaxing and it still is a pleasant means of escape from reality and routine.

But for me, writing is also an intellectual challenge, based on my personal credo that every word in the English language has a very specific connotation and it is the travel writer’s task to use the most meaningful words in each sentence to express thoughts, emotions, vistas and people, and try to capture the ambiance of a destination; the exuberance of an event, the titillation of one’s taste buds when partaking of unique foods, the exhilaration of seeing a global landmark that has always been on your ‘must-see’ list, and the euphoria of discovering something that you never knew existed.

Travel writing topics are sometimes directly in our sight lines:  If you visit Prague, then you may choose to write about Prague.  Or you can look at specific aspects of the city which may be more meaningful to readers with different interests.

·         Culinary.  Our favourite lunch included grilled sausage, served with horseradish and mustard, fresh rye bread and dark beer (usually at U Glaubicu in Lesser Town); while our favourite dinner was at U Medvidku (In Old Town near the Narodni Bridge) which consisted of grilled duck, potato dumplings, sweet red cabbage and different varieties of dark beer.

·         Marionettes.  There is a puppet culture in the Czech Republic dating back to the Middle Ages.  You can find Marionette shops in many towns and cities with varying degrees of quality but they are all fascinating to see.  As a mask collector visiting a country with no masks per se, I was entranced by the faces of the Marionettes and spent lots of time just appreciating the quality.

·         Scenery.  There are some amazing vistas in Prague.  You can climb a number of towers, depending on the strength in your legs and your ability to negotiate winding staircases (eg. in the Astronomical Clock Tower or one of the Charles Bridge Towers, or the view from Prague Castle or the cable car that takes one to the viewing tower, overlooking the city)

·         And there are many other angles for writing about the city:  history, architecture, music, art, tourists, shopping, the subway system, the bridges, museums, gardens, wine, street life, the Jewish Quarter, hidden attractions (eg. the grotto and the albino peacocks), and just about any other area or ‘niche’ that interests you.

And that is one of the keys to writing:  write about your own interests.  Once I decide on a topic,       I will spend time filling in my knowledge gaps with research, mostly online, but also from guide books or contacting someone who knows more than I about the topic. (which is a good reason to exchange emails with the tour guides and locals you may meet along the way).   Accuracy is very important.  If you are into historical dates, then ensure the dates are correct.  If you are not a big history buff, then give a general time frame (eg in the early 20th century, as opposed to “1911”)

And then there are other forms of writing inspiration (from the Latin ‘in spirare’ meaning ‘to breathe’, as in ‘to breathe life into something’).  Many writers have what they call “eureka moments”.  The word “Eureka’ has an ancient Greek origin and means “I have found it”, and goes along with the legend that the scholar Archimedes yelled out “Eureka” when he immersed himself into his bath water and realized that the water level rose at the same time.  A Eureka moment may be listening to a song on your itunes and something about that song relates to an incident or a thought that profoundly inspires you.

I have two favourite Eureka moments.  One involves the song Wooden Ships, by Crosby Stills, Nash and Young, wherein one of the lines is “You smile at me and I will understand/cuz that is something everybody everywhere does in the same language”.  Well when I first heard that, I realized that as an inveterate traveller who only speaks English, there is a masterful way of communicating with the whole planet—and that is in the simple act of smiling.  I have written about travel to non-English speaking countries and communication on many occasions.

My second Eureka moment came when I was stuck in traffic on Highway 401.  We were in a construction area and it was unbelievably noisy and then drivers started to honk the car horns and it became really annoying.  But through all this, with my ipod set to randomly shuffle songs, came the mesmerizing tune “Sounds of Silence” by Simon and Garfunkle.  It was like a breathe of fresh air and, after a bit of research, I wrote an article on “Silence’ as a niche market that many travellers want, appreciate and in some cases, yearn while they are stuck on a crowded beach on a package tour during the holidays.

And other forms of inspiration may include the ‘serendipitous” (something that occurs by happenstance and is rewarding, or fortuitous). When our group arrived in the town of Pisac in Peru, the festival of the Virgin of Carmen was taking place.  We had no knowledge of this until we arrived and found the town in a festive mood with costumes, masks, decorations and dancing.  What an opportunity for writing and photographs!   Likewise, when we arrived in Douz, Tunisia, we were not aware that the annual International Sahara Festival was opening on the same day.  Groups from all across northern Africa were present for the camel races and the cultural competitions with costumes, singing, dancing, music and food.  I was in seventh heaven—and I wrote about it!

When our friend Epictetus wrote that “If you want to be a writer, write”, he was speaking a truism that some may say is not necessarily profound, but when you think about it, it makes perfect sense and is in itself, inspirational.  Write, re-write, show your friends what you have written and have them provide suggestions.  Proof-read your writing and then post it on your blog (or start your own blog) or add it to a site such as www.brouwaha.com, or send it as an addendum or comment to a newsletter article or as the article itself.

Travel writing breathes fire into your experiences and allows readers to share in the spirit of your adventures.  It’s an extremely satisfying activity to pursue.  If you want to be a writer...start now and write!