Gee I wish I was back in the Army:
Targeting Military Tourism 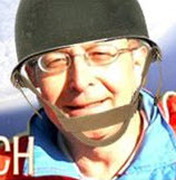 Military tourism is actually a broad term used in niche travel marketing to include battlefield tours, military cemeteries, historical re-enactments and military outposts.  And then there is the over-the-wall military tourism experience that attracts travellers, most of whom (but not all) never experienced military service, and wish to engage in an adventurous act of verisimilitude (meaning a likeness to reality, from the Latin veri, meaning truth and similis, meaning ‘like’).

The song “Gee I wish I was back in the army” from the 1954 movie White Christmas, poked gentle fun at the life of soldiers during the Second World War  There seems to be a growing popularity in simulating the army experience and as we know, the changing psychographics of travel (the reason WHY people travel) include concepts such as ‘escapism’, ‘challenge’, ‘daring yourself to do something totally out of the ordinary’, compiling your list of bragging rights, and re-enacting both reality television and yes, computer games.

“Come Play with our Privates”

Grace Robinson used this as a catchy opening line in her article in Chiang Mai News on Military Tourism in Northern Thailand.  At one time the tours included museums and an optional ATV rental to explore the back roads of Mae Rim, but now tourists can actually stay in a Thai army military camp and learn to fire an M16 rifle, drive tanks, jump off towers, experience jungle survival treks (and learn about edible insects).  There are currently 46 military bases throughout the country that cater to tourism (www.armytour.org).

In Israel, Lionops (www.lionops.com) specializes in military tourism, offering 7 to 10 day excursions that include warfare exercises and games. Their promotional material states that “The training is a shortened version of the top-secret techniques of the Israeli Special Forces. Armies from around the world come to Israel to learn from the Israeli Special Forces - now you can too”.

In the Ukraine, Krymvoentur (http://voentur.crimea.ua) includes shooting ‘traumatic’ weapons and taking part in military games.  They strongly suggest that participants have the appropriate insurance coverage.

Happiness is a Warm Gun

Just outside of Phnom Penh, Cambodia, lie the killing fields of Choeung Ek, a sobering reminder of militarism gone mad.  But for those who want more of an experiential visit there is the is the Thunder Ranch Shooting Range nearby, where you can fire to your heart’s content  from 50 different types of weapons including an AK-47 ($30.00), M16 rifles, a rocket launcher ($200.00) and even hand grenades. There is no website yet.

In the Philippines, tourists can blow off steam at a shooting range in Makati, Puerto Galera or Marikina. (www.armscorshootingranges.com)

For those more Europe-oriented, Party Krakow (http://www.partykrakow.com) specializes in stag weekends but offers a one day shooting spree.  Their promotional material suggests that, “There is one thing all real man have in common- they love shooting guns! And we don't mean any patsy replicas but the really heavy, fat guns like the famous soviet AK47 Kalashnikov, Uzi and the Pump action shotgun”. The excursion, including transfers, take-home target sheets and beer, sells for €63 ($77)

You can enjoy a shooting range experience in the Czech Republic at  www.pragueexperience.com.

In Riga, Latvia your clients can visit Charlie’s Angels Shooting Range (www.rigaoutthere.com/en/Riga/show/event/21) or the Regro S shooting gallery which is located in a former Soviet underground bunker (www.regros.lv).

For those who don’t wish to travel that far, you can visit The Gunstore in Las Vegas (http://thegunstorelasvegas.com) where you are urged to “Bite the Bullet” and purchase one of the packages including the World War II (includes 50 shots from a Thomson Sub Machine Gun) for $119.95 and the Ladies Package for $50.00 that can include 10 shots from an AK47, in your colour choice or black or pink.  And for wedding specialists, please take note that you can even make arrangements for your clients’ shot-gun wedding.

El Salvador’s civil war lasted from 1979 to 1992.  While many former guerrillas now participate in government, tourists can still experience Guerrilla Tourism.  In the Suchitoto area, personalities such “Jerry the Guerrilla” offer horseback tours on the Volcan Guazapa of the hospitals, trenches and hideouts used by the members of the FMLN (Farabundo Marti National Liberation Front) See www.lonleyplanet.com/thorntree.

In Vietnam, south of Ho Chi Minh City (Saigon), you can explore the Cu Chi Tunnels built by the locals during the war.  Some of the tunnels have been widened for the sake of foreign visitors and the underground tours include the sleeping, medical and command quarters, as well as the deadly traps aimed at preventing American soldiers from entering the tunnels. For those who need to more involvement, a short distance away is a firing range where tourists can pay 35,000 dong per bullet (about $1.75 Canadian) to fire an AK47.  (http://wikitravel.org/en/Cu_Chi).

Aceh sits on the northern tip of Sumatra Island in Indonesia where the cumulative effects of the 2004 Tsunami and the end of the civil conflict in 2005 have caused a turn to tourism to rebuild the shattered economy.  Aceh Explorer Adventure Tours (http://www.acehexplorer.com/tours.html) offers activities, led by former rebel fighters who teach tourists how to survive in the jungle, climb mountains and experience extreme hiking.

Come Fly with Me!

For the more serious (militant?) military tourists with a bit of extra cash, you can soar above the clouds.  In the Ukraine, you can ‘see the world through the eyes of a military fighter pilot’ using attack aircraft and military helicopters with prices ranging from $2000.00 to $11,000 US.  The helmet is extra. (www.alaris.com.ua)

In Russia you can fly in a MiG-29 ($13,300 US for 25 minutes) or take suborbital space training for $23,500 US (www.bestrussiantour.com).  Prices at www.flymigsokol.com are slightly less expensive.

Military tourism is not for everyone.   Critics liken it to grown up kids playing soldier as well as making a mockery of the soldier’s role in war.  And in some countries, such as Cambodia and Vietnam, the very cost of shooting bullets for the fun of it, may be an affront to the local population, where the average monthly salary can be equivalent to what the tourist just  paid to shoot his/her rifle, over the last 60 seconds.

But there is a niche market for those who wish to vicariously experience army life and get out of their routine to do something different, express their inner desires in a unique way and bring home stories and photos of their experience.  Extreme adventure opportunities are out there for those who want to shoot for the extra mile in arranging these activities for their clients and potentially triggering referrals and repeat business.

The expression “with a bullet” usually refers to something that rises very quickly in popularity.  No one is saying that you will be booking military tours with a bullet, but it’s something you should aim at those clients who target this kind of a travel experience.