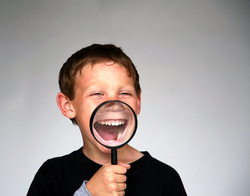 Here are a few laughs that were heard on some recent flights across Canada...

1) Please turn off all electronic devices until after take-off and the seat belt sign is turned off. The electronic waves from your devises interfere with the pilot's pacemaker.

2) Please remember that Federal regulations prohibit smoking anywhere on this plane including the washrooms. Anyone caught smoking in the washroom during the flight will be asked to leave the plane immediately.

3) We are pleased to be working again with Pilot Jim Smith. Last year, this cabin crew worked so often with Jim that he suggested we all get together to do a team building, fun activity, so we decided to go horseback riding.

Jim got on the horse first but we became alarmed when he was being tossed up and down and side to side on the saddle and almost fell off a few times. Eventually, we had to ask the manager of the Walmart store to unplug the machine.

1) Did you hear about the 5 year old who was arrested for telling fortunes to his friends? He was sent to a detention centre but escaped and now the police are looking for a small medium at large.

2) Did you hear about the two antennas that got married?
The wedding ceremony was a disaster but the reception was great.