Kick the Bucket:  Read this before you die! 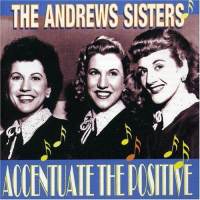 The word Eschatology (Es-Ka-tology) literally means ‘the study of the last’ and is mostly used to describe ‘the study of the last days of history”, in other words, the final battle between good and evil; the Armageddon.  Whoa Steve, where are you going with all this?  Are you promoting travel to Megido, the biblical site where the ultimate fight is supposed to take place?  Have you lost it and are getting your placard ready to walk the streets prophesying that the end is near?
Well not really.  I am looking at eschatology in the context of the proliferation of travel books themed on the concept of “Do this before you die”.

You know them as Bucket List books, which take their name from the expression “Kick the Bucket” or simply put, to die.

While the titles of these books certainly grab your attention as well as your clients’ interest when they are browsing in the bookstore, they certainly turn the idea of living positively, on its head.

Yes, these books include hundreds and in some cases, thousands of places and activities that should be experienced before you draw your final breath.  But it is the negative messaging that ‘you need to do these things before you die” rather than the positive and uplifting message that ‘you can enhance your life experience by seeing, exploring, doing, tasting, conversing, learning and understanding’, that I am calling into question.  There is no need to threaten closure when it comes to travel.

But let’s take a look at travel writing trends.

First off, we have to remind ourselves that the very word ‘travel’, according to Katherine Barber, known as ‘Canada’s Word Lady’, derives from the Latin word “trepalium’ which means ‘three pointed sticks’ and implies some form of torture.

And in fact, travel in ancient times was fraught with dangers, thieves, physical endurance, illness and incredible inconvenience, for the most part.  A few readers at this point are probably saying to themselves, “hey, travel is still subject to many of those threats, so it has not really improved, other than in the shortness of time to get from one place to the other and the provision of cold, watery coffee on a flight in anywhere but business class.”

Travel authors usually feel the same way as these readers do and they take full advantage of it.

Honestly now, have you ever read a travel book where everything went according to plan?  Of course not.  That would be pretty dull reading.

Most authors dwell on their experiences in overcoming hardship.

They arrive at the border and are hassled by immigration officials; they get food poisoning; the get a flat tire when they rent a car; they arrive at the hotel and no rooms are available; the dry season is rainy or the rainy season is hot and sunny, and on and on.

And of course there are far worse hardships, from experiencing robbery, physical violence, incarceration, severe illness and more.  This is the stuff that grabs our attention and we want to read more.  It’s the idea that the hard rain is more interesting to write about than the brief sun shower.

Everyone likes to talk about their hardships and there is almost always an audience ready to soak it all up.   When we talk about the reasons why people travel, one category cannot be missed:  Status Seekers.  A Status Seeker loves to travel in order to increase their bragging rights in a number of categories:

•    Countries for the sake of countries.  There are many travellers who count their coun-tries, but the criteria as to what constitutes a ‘visit’ varies greatly.  Some determine that 1-3 overnights in a country is sufficient to call it a ‘visit’; Others regard a visit to various ports during a cruise –where they typically stay for anywhere from 4 to 8 hours - as suffi-cient time to claim that the country has been visited.  And others are more extreme in their quest to see as many countries as possible in as short a time as possible.  These are the people that compete with their friends to sit in a seat closest to the exit so when the plane lands, they (theoretically) touch down before their friends do—and of course they can be off the plane first—touch the tarmac first and then get ready to fly off to another destination. Country counters can be fairly mercenary in their tactics.

•    Elegance for the sake of elegance.  More than one traveller has been accused of travelling beyond their means, just to impress workmates or friends and relatives.  Getting upgraded to business class, accessing the VIP airport lounge, staying in luxury hotels, dining in superior restaurants is all part of the routine.  Now we are not talking about life-style luxury travel here, where money is no object.  We are talking about the idea of “Champagne on a Beer Budget”, where the traveller would rather max out their credit than forgo bragging rights to their luxury experience.

•    Hardship for the sake of hardship.  Status travellers are prime candidates to be travel writers, travel speakers and travel critics.  They are in it for the rough experience, whether they will admit it or not.  Their motto is ‘If something does not naturally go wrong, I will try to create a situation where it will go wrong’.  So your complainers would fall into this category as they know the status they receive by going against the system.

Your exaggerators also fall into this category, as they appreciate the look of awe on the faces of their clients as they list all the restaurants they had to walk out of or how many rooms they checked into before the hotel finally gave them a good one, or how many managers they had to complain to before the dripping faucet was repaired.  You get the idea.  The mechanics of the holiday take precedence over the concepts of relaxation and enjoyment.

•    Traveller, not tourist  (already covered in my April column) Status travellers are the targets of travel agency slogans that mock the idea of someone being ‘only’ a tourist and imply that the moniker of “traveller” carries with it an air of significance, importance, pur-pose and status, despite the arrogance of the slogan.

The excitement and electricity of sharing status experiences is an important travel motivator that should not be overlooked, but of course, a degree of diplomacy is important in qualifying—and reacting—to the needs of these individuals.

Just a spoonful of positivity makes the …..

Still, the status seekers are only one segment of the travelling public.  The rest deserve better than to be psychologically manipulated into thinking that travel is a commodity that needs to be acquired in order to prove one’s worth to society or to themselves.

The “Travel before you die’ movement sounds cute and catchy and stimulates interest in travel and educates readers about possible destinations they might consider that they would never have even known about prior to reading the book.  It’s the titles of these books that is so offensive.

I can’t really blame the marketing mavens that come up with these titles of “See it, Do it before you Die’.  If it works, then all the power to them.  But there is a question of morality and the overuse of negativity.  Once this starts to attach itself to travel experiences before they even occur, does this not relegate travel to the category of “have to” instead of the “want to, need to, love to?”

Economic woes, coupled with troublesome global conflicts and threats call for a measure of positivity.  Johnny Mercer and Harold Arlen were on the right course when they wrote the lyrics to the World War II song:

You've got to accentuate the positive,
Eliminate the negative,
Latch on to the affirmative,
Don't mess with Mr. In-between.
You've got to spread joy up to the maximum,
Bring gloom down to the minimum,
Have faith, or pandemonium
Liable to walk upon the scene